The VYTAUTAS MARIJOSIUS Awards in Conducting, 2011 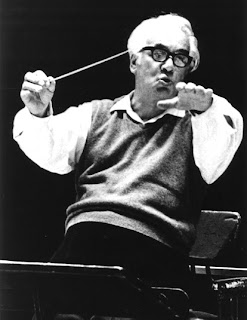 I am very pleased to announce that The American Prize competitions has received a generous gift from the family of Maestro Vytautas Marijosius to fund cash awards in conducting and orchestral programming, honoring the memory of the great Lithuanian Maestro who taught at the Hartt School of Music for more than thirty years.

In addition to written evaluations and certificates of accomplishment, winners of The American Prize in Conducting—Vytautas Marijosius Memorial Awards in 2011 in the following categories will each receive $200 cash awards as a result of the Marijosius Family gift:


Orchestral Programming
one $200 prize will be awarded. Additional prizes of from $100-$200 may be awarded if the number and quality of other applicants warrant.

The postmark deadline for the competitions is:

Tuesday, March 15, 2011.
Complete information, including requirements and application forms, may be found on the website The American Prize. 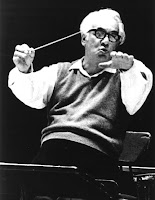 by David Katz, assistant and disciple

Maestro Vytautas Marijosius was born in Lithuania in 1910. He studied at the Prague Conservatory with Hermann Scherchen and Vaclav Talich and by the age of 28 was music director of the Lithuanian State Opera. He recorded for Deutsche Grammaphone, guest conducted throughout Eastern Europe, and was awarded the Order of the White Lion by the Czechoslovak government for his services to Czech culture, the country’s highest honor to a non-citizen.

Driven from his homeland by the Communists, he settled in New Britain, Connecticut in 1948 and soon joined the faculty at the Hartt School of Music (later part of the University of Hartford) where he taught for more than thirty years. He died in 1996.

A man of remarkable perception, quick wit, extraordinary musical skill and impeccable taste, Marijosius was delightful and demanding, beloved of faculty and students. Loyal to a fault, he remained at Hartt even when offered the post of music director of opera at the Eastman School of Music.

His podium manner was reserved and elegant (he had the most beautiful conducting technique I have ever seen) but he could generate overwhelming emotion in performance. The audience reaction to VM's concert of complete acts from Boris Godunov and Lohengrin at Hartt in 1973, for example, threatened the stability of the auditorium’s architecture.

He had catholic tastes, exposing his students not only to the great masters of the past, but to symphonic masterworks by (then) living composers as diverse as Husa, Copland, Honegger, Britten, Ginastera and Schuman. I am honored to have studied with him as an undergraduate and later became he graduate assistant, and I am delighted that the Marijosius family has decided to honor his memory through the awarding of The American Prize.

Individuals who also wish to honor the memory of Maestro Marijosius are invited to make tax deductible donations via our website portal: http://www.theamericanprize.org/pleasedonate.html Funds donated in this way will be used to fund cash awards only, not for administration. See the website for details or send me an email at theamericanprize@gmail.com